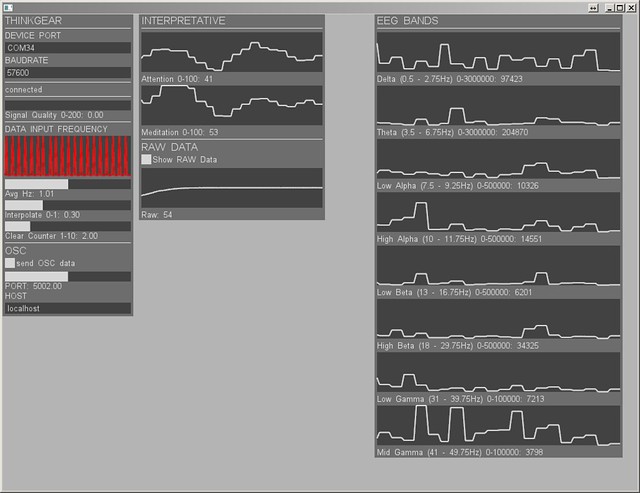 Meanwhile I’ve amassed three BCI devices: my original ZEO sleep sensor, a Myndplay BrainBandXL headband, and the 4-channel sensor Muse. To jumpstart students prototyping with the sensors and avoid extra driver installs, I run the sensors off my laptop and distribute the data via OSC to everyone on the same local network.

Software tools to read the brainwave sensors, broadcast and receive their data are collected in the github repository: eegOSCworkshop