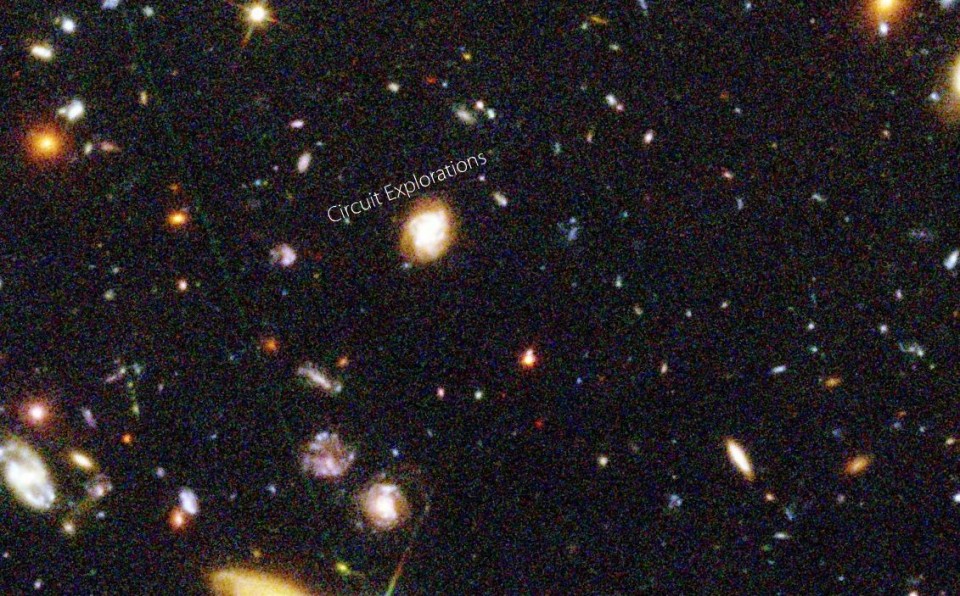 On Dec. 4th i did a performance-lecture of Circuit Explorations at the Pixxelpoint festival in Nova Gorica, Slovenia. It started as a talk and ended as an audio-visual performance.

I talked about obstructive reality, and how we creative worldviews to make sense of it. Science – and at its basis physics – is such a worldview, a set of ideas and beliefs that we use to experience and interact with the world. And at the basis of physics are fundamental laws and constants, constants that have seemingly arbitrary values. Only slight changes to those values, and our universe would be very different, not allow certain nuclear reactions, not allow the formation of matter let alone the emergence of life. Our universe is perfectly fine-tuned – but who picked those values? The Multiverse hypothesis assumes there are endless amounts of universes out there, each with a slightly different combination and tuning of its fundamental values. Most of them are empty and dead, yet some of them might bring forth their own version of life.

And then i jumped to Complex System Science – another science that deals with fine-tuned systems, and how Circuit Explorations is an attempt at creating a complex system from scratch. I mentioned pattern recognition and how human creativity and intuition and our brain’s adaptability allows us to discover new patterns in the seemingly noise. Which led to a performance of the manual search process – the doomed search for complexity in the too vast and overwhelming search space of possible configurations. 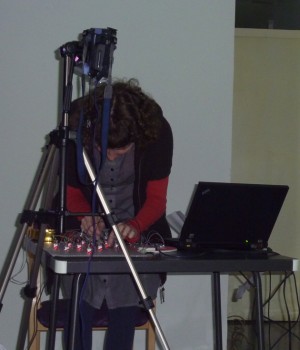 Turning the knobs while looking for complexity. 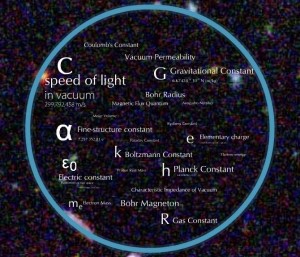 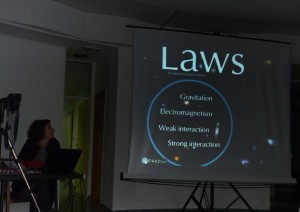 Talking about the four fundamental laws of interaction. 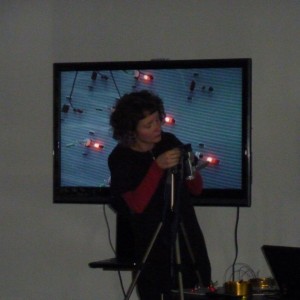 Live-camera view of the blinking circuits.

One Response to At Pixxelpoint