Posted on October 13, 2010 by evsc
We live in constant search for patterns. Being able to recognize patterns is a survival instinct. If confronted with a lack of stimulus – lack of patterns – our brain invents a new reality – hallucinations, dreams.

The Ganzfeld effect (from German for “complete field“) is a phenomenon of visual perception caused by staring at an undifferentiated and uniform field of color. The effect is described as the loss of vision as the brain cuts off the unchanging signal from the eyes. The result is “seeing black” – apparent blindness. – [wikipedia]

Staring at a featureless field of vision can lead to hallucinations as the brain amplifies the neural noise in order to look for the missing visual signals.

It is very similar to dreaming during sleep as the brain lacks visual input in both states. 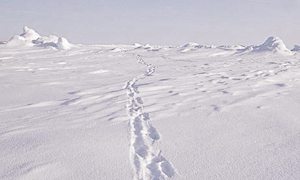 Arctic explorers were among the first to experience the Ganzfeld effect. Continuously staring into the white snow landscape induces some sort of snowblindness, that also leads to hallucinations. 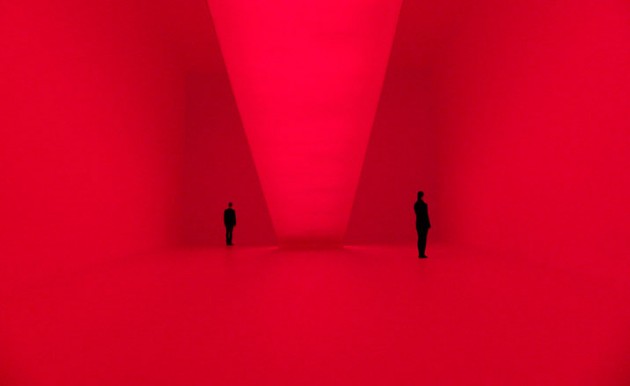 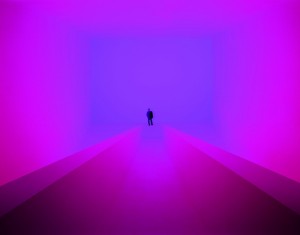 James Turrell and his Ganzfeld series

Turrell has a degree in perceptual psychology. He applies knowledge about the human perception when creating his art works, that mostly deal with light cast upon space. His series of installations named ‘Ganzfeld’ (1976-) invites visitors to step into large-scale walking environments that are illuminated in one color – a vacuum of visual stimuli. The senses are heightened and an exploration of one’s sight and perception unfolds.

Turrell’s works touch upon the sublime, by directing us towards the sky and making us reflect upon the nature of perception and reality. His relationship to the sky is inspired by by decades of experience as a pilot. His project Roden Crater let’s you observe the heavens from inside a volcano. 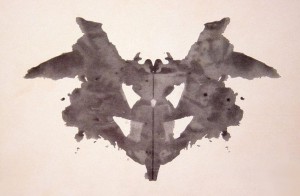 Recognizing patterns where there are none

The brain is a pattern-searching and pattern-making machine. If we are confronted with random stimuli, the brain often recognizes patterns that are not there.

Apophenia is “the spontaneous finding of connections or meaning in things which are random, unconnected or meaningless”. Pareidolia is the psychological phenomenon of finding of images or sounds in random stimuli. We see images of animals in the clouds and recognize faces on inanimate objects. The Electronic Voice Phenomenon lets us recognize voices in radio static or audio recordings. Pareidolia is used at the Rorschach inkblot tests to explore the feelings and thoughts people project into the blobs that are deliberately designed not to resemble anything.

Without enough external stimuli, the focus of vision often amplifies effects that are inherent in the body. Entoptic images are perceptual effects that have their cause in the physical eye itself. 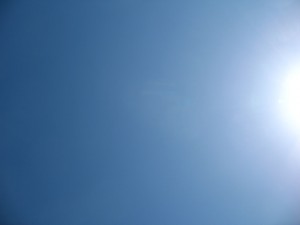 Natural Ganzfeld – the sky. Staring into the sky – and especially the color blue – evokes entoptic effects. 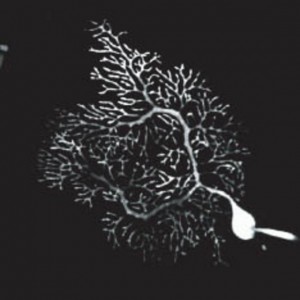 One Response to Amplify the Neural Noise