Posted on November 9, 2010 by evsc
Continued …
This is the second writeup on Norman Doidge’s book “The Brain That Changes Itself“. Find the previous post here: “Neuroplasticity, Supersenses and Reciting Poems” 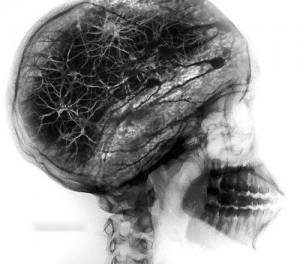 One hundred billion – but still not enough!

Neuroplasticity shows us that the neuronal pockets in our brain – that are responsible for processing certain senses – are not static and restricted to their space. A survival-of-the-fittest guides the structure of the brain. Whatever gets used most takes over underused areas - Use it or lose it!

Doidge’s tells the story of his friend Emma who turned blind as an adult. Her visual cortex – the visionary processing center – is suddenly without stimuli. Emma was always an avid reader, so when she turned blind, she started using a software by Kurzweil Educational Systems, that reads books to hear aloud in a fast pace. She learns to listen at a faster and faster pace and currently reads at about 340 words per minute (this gets you apparently through 3 novels a day). Her visual cortex has slowly been repurposed to processing audio as well.

If we want to become experts in one area (e.g. being able to listening and comprehending 340 words per minute) we need apparently to give up something else. Even though our brains house about one hundred billion neurons, they don’t seem enough. Developing super skills causes your brain to fight for neuronal resources. And whatever neuronal connections you used most – they win.

Neighboring processing units in the brain like to cross-wire. Synesthesia – or even prettier spelled Synæsthesia – “… is a neurologically-based condition in which stimulation of one sensory or cognitive pathway leads to automatic, involuntary experiences in a second sensory or cognitive pathway.” The most common occurrence is Grapheme-Color Synesthesia that makes you perceive grapheme like letters and numbers with a specific color. The grapheme-recognition area lies right next to the color-recognition area. 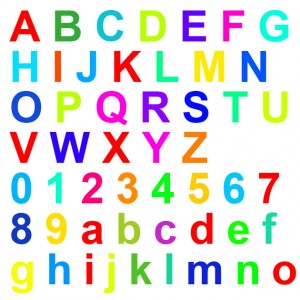 Looks familiar? This is how people with Grapheme-Color Synesthesia perceive normal black text.

Test: Do you see numbers in colors? If yes, then you will be able to spot the 2′s in this sea of 5′s much faster than people without synesthesia. 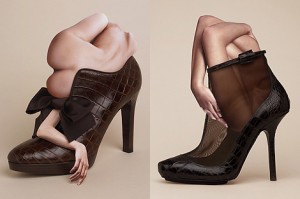 Alvaro Pascual-Leone, professor of neurology, conducted a test where he taught two groups of people how to play piano. One group actually got to practice on a piano, while the other only practiced in their imagination. The mental practice produced the same physical changes in the motor system of the brain, as actually performing the physical activity of playing the piano!

When we do something and when we simple imagine doing the same action, similar parts of our brains are activated. Activating neuronal connections strengthens them, therefore visualizing actually helps to improve performance. 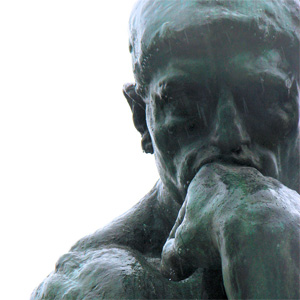 Thinking makes it so

Playing chess only in your head is one of the most advanced forms of mental practice. Anatoly Sharansky, a soviet human rights activist, was locked away in a Russian prison for nine years, spending a lot of time alone in a darkened tiny cell. He turned to obsessively playing mental chess, playing both sides of the game, and this activity probably kept him sane and helped him to survive. Of course this intense focus on chess made him become an expert – he even won against Garry Kasparov at a later game.

The story of Sharansky can be seen as life-imitating-art. Stefan Zweig’s novella The Royal Game (or Schachnovelle in German) – one of my favorite books – tells the story of a protagonist that is locked away in isolation, only with a book of master chess games. He starts to learn and first replay the games in his head, and then turns to playing against himself. Yet here the intense focus on chess doesn’t help in maintaining sanity – it leads to a psychosis and split personality – I (White) and I (Black) – that ultimately causes a breakdown. 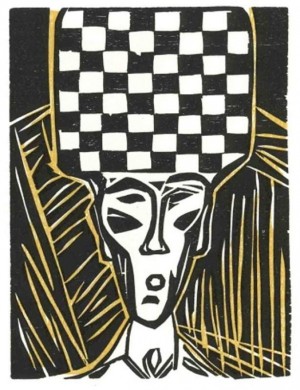 To become an expert in a field takes about a decade of concentrated effort. Usually problem solving only relies on short-term memory. The everyday training of an expert enforces skills by incorporating them into the long-term memory. Yet instead of storing answers to problems in their long-term memory as you might guess, they stores key facts and strategies that help them get to the answers. 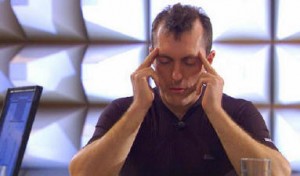 Rüdiger Gamm is a mental calculator. Working at a bank and without exceptional mathematical skills, Gamm started four hours of computational practice every day – doing all sorts of calculations in his head. Only a few years later he was a calculating genius, performing on television. PET brain scans showed that he uses 5 times the amount of brain space for calculating than normal people do. 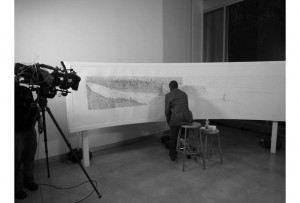 Stephen Wiltshire has been diagnosed with autism. His photographic memory allows him to draw extremely detailed city skyline drawings after only taking a short helicopter ride over the city.

Interesting side fact: Write Ray Bradbury apparently also has an eidetic memory, he claims to be able to remember his own birth and every event since.

“[..] if the brain is so easily altered, how are we protected from endless change? [..] how is it that we remain ourselves?” – Norman Doidge

The brain is able to reorganize itself in just a view days. Tests where sighted people were blindfolded showed changes in the brain after only a couple of days. Nerves don’t grow that fast to form new connections, but neuronal connections that already existed – but were underused before – can be reinforced in quite a short time.

Genes give some consistency, and so does repetition. Nevertheless, our brain changes every day and so do we.