We experience and interact with the world through a set of culturally and evolutionary taught ideas and beliefs. These worldviews are different from one person to the other – depending on language, religion or culture – and adapt over the centuries in accordance to changes in society and knowledge. Science is a set of ideas that fulfills the task of placing us in a stable reality. Every once in a while new discoveries in science interfere with our worldview and create a new and shocking reality. In the past we were told that the earth is not flat, that the earth is not the center of the universe and that man and animal descend from the same ancestor. These paradigm shifts caused man to struggle with his notion of mankind’s importance and purpose. Yet scientific and more importantly visual proof made us learn to understand the facts and incorporate them into our new worldview.

The 20th century brought us two new scientific theories – relativity and quantum theory – that still shake our beliefs about the nature of time, space and matter and question our understanding of causality. Concepts like higher dimensions, non-locality or the wave/particle duality are beyond what we can grasp in plain sight and therefore hard to incorporate into a more intuitive worldview. Our bodies and brains – what our senses can take in and how our consciousness interprets time and space – have been formed by evolution survival. We can make sense of what we perceive with Newtonian physics, but can’t intuitively relate to elements at the level of atoms or moving at the speed of light. The new world of physics confusing, still in the making and source for many science fiction scenarios. We live our daily lives by falling back onto the reassuring world of Newtonian physics.

This research questions if we will ever be able to include concepts like relativity and quantum theory into a new intuitive worldview and proposes art as a medium to allow a more empathic understanding of a post-Einstein reality.

The fields of neuroscience and neuropsychology uncover more and more of how our brain decodes and reacts to visual stimuli. We are the makers of our own reality. Perception – how we understand sensory information – is a process heavily influenced by our environment and upbringing. Studies of the Müller-Lyer illusion e.g. show that visual experience shapes how one perceives objects. People who grow up in an angled carpentered environment fall victim to the illusion, while people growing up in a natural environment like the jungle don’t. Optical illusions are tricks that make clever use of our brain’s processing characteristics to let us experience a false reality. Even knowing the explanation of how it works, doesn’t keep us from perceiving the illusion. Similarly, knowing the rules of general relativity doesn’t alter how we perceive space and time.

Deeper insights into the origins of our perceptive characteristics – if they are evolutionary encoded or develop in the adaptation process of growing in our world – might lead to strategies on how to communicate a whole new understanding of physics.

Familiarizing our minds with new unknown concepts could be achieved by bypassing higher functions of the brain and trying to reach a state of consciousness that exists below acquired cognitive processes. Brain entrainment techniques – rhythmic lights or sounds – alter our brainwaves and send us into meditative states. Brion Gysin’s ‘Dreamachine’ and its stroboscopic light make us perceive colorful patterns and potentially induces a dream-like experience. It is questionable though how receptive to new unexplored concepts our brains are at this rather soothing state of consciousness.

A different approach at creating intuitive experiences could be by engaging the brain’s emotional center directly. Semir Zeki, professor of neuroesthetics and expert on art and mind, states that artworks are particularly compelling to the viewer when they are incomplete or vague, as this requires the brain to fill in the missing details. Our brain is a pattern-recognition system, when confronted with the unknown it tries to connect it to something we have experienced before. This invokes greater imaginative powers in the brain and also accesses the body’s emotional center – the amygdalae – as it anticipates danger from the unknown. Virtual reality artist Char Davies invokes this phenomena in her immersive worlds by making extensive use of transparency and blurred images. Through manipulation of perception she wants to achieve the participants’ increasing awareness of being bodily present in the world.

Moments of intense clarity – that convey an unusual connectedness to the here and now – allow us to perceive our environment with seemingly heightened senses. Maybe through intensification of our perceptive qualities and a widening of our perception spectrum we can learn to perceive and understand phenomena of the new physics at the same time. This amplification of the present moment, seemingly a still point in time, is caused by chemical reactions in the brain [?], and can be induced by traumatic experiences, sensory deprivation or when facing the sublime. The sublime – the overpowering magnitude and beauty of nature – triggers a mixed sensation of pleasure and horror in the observer. Schopenhauer lists the immensity of the Universe’s duration leading to the observer’s realization of his own insignificance as the fullest feeling of sublime.

This research proposes the production of artworks that let the viewer explore metaphysical concepts intuitively at a heightened level of consciousness. The application of knowledge of the human psyche can add to the enchantment of the viewer into a more open state of mind. Simultaneously, the confrontation with metaphysical topics could create a sense of awe in the viewer similar to the sublime. The artwork itself transcends materiality and manifests itself in the experience and knowledge gained in the viewer.

Standing out in the field of art addressing metaphysical questions are artist Dmitry Gelfand and Evelina Domnitch, who in their collaborations merge uncanny philosophical issues with physical and chemical phenomena. Their technically highly professional installations translate e.g. sound waves into chemically triggered light or explore the acoustic levitation of matter. The viewers’ first-hand observation of those ephemeral processes are integral part of the artwork. The immediacy of the experience in an otherwise dark environment enhances the viewer’s perceptive capabilities and evokes a sensation of awe. By visualizing otherwise invisible physical phenomena they succeed in connecting viewers more intuitively to the everyday-world of physics surrounding them.

Explorations of topics raised by metaphysics are a confrontation with the unknown. Even a successful theory of everything seems unlikely to answer epistemological questions about the nature of reality. Philosophy, physics and psychology all take part in trying to unravel the mystery about the nature of time, space, entropy, consciousness, determinism, free will, qualia etc. The artworks culminating from this research shall enable engagement with these questions on a level beyond the abstraction of words. Thought experiments and physical experiences at the same time, the works will try to communicate to the brain’s logical and emotional processing centers.

Is time really merely a construct of our mind? How can we escape our brain’s perception of time and experience a theory like the block universe intuitively? How can we take the technology and techniques of science out of the laboratory and include them successfully in artworks for the public? Can the wave/particle collapse be attributed to the conscious observer? If the whole past is encoded in the present, can be press pause and still experience the future?

I propose media art works – reflecting on these and more questions – that go beyond digital screens and allow an encounter in the physical here and now. Sculpture, mechanics, electronics and physical computing are standard media arts methods. Physical, chemical or biological experiments more and more find their way into the repertoire of new media artists.

This research is of course as much a personal endeavor into understanding the unknown as it is a study of how to communicate said unknown to others. It will draw theory from fields in philosophy, neuroscience, psychology, cosmology, theoretical physics and art and could use practical implementation skills coming from art production, mechanical and electrical engineering, applied physics or applied chemistry.

Science is a body of ideas that forms the cultural context through which we view the world. – Sympathetic Vibrations, K.C. Cole, 1984

The nervous system is organized (or organizes itself) so that it computes a stable reality. – Postulate of Cognitive Homeostasis, Heinz von Foerster, 1973

The Müller-Lyer Illusion demonstrates how visual experience shapes how one perceives objects. People who grow up in an angled carpentered environment fall victim to the illusion, while people growing up in a natural environment like the jungle don’t. 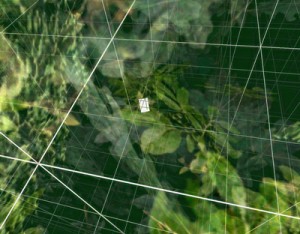 Fullest Feeling of Sublime – Immensity of Universe’s extent or duration. (Pleasure from knowledge of observer’s nothingness and oneness with Nature). – The World as Will and Representation, Schopenhauer, 1818 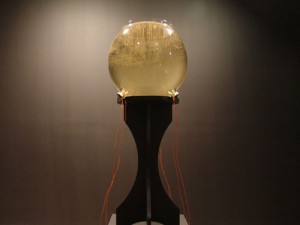 One Response to Proposal: Meta (1)