A thought experiment a day

I failed again at thing-a-day, the February 2012 edition. My plan was to come up with a new thought experiment every day – Feb 1st to 29th – but that was obviously too big a challenge. I ran out of time and ideas about time. I wished i would have had more time to thoroughly investigate my made-up questions. Bend them so that they look proper even for the eyes of physicists.

Maybe i’ll revisit this challenge at a later point. 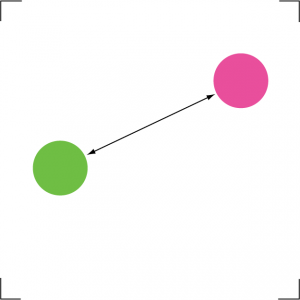 Q1: Would two particles, that live in an infinite empty universe and always make the same exact movement at the same time, be able to discover the existence of time and space?
Their only frame of reference is the distance between them. 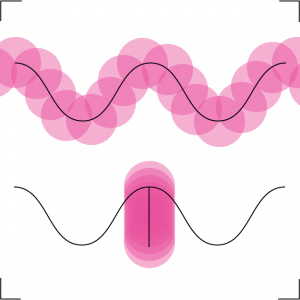 Q2: If time had 2 dimensions, would we perceive a bouncing ball that bounces off into the 2nd temporal dimension (perpendicular to our usual time dimension) as existing at one instant in multiple states at once?
Multistability. Growing years older form one second to the other (by lived along the other timeline). Useful for magic tricks. 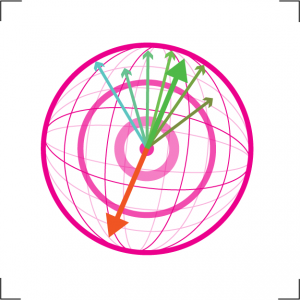 Q3: If time was a radial dimension growing outwards from one starting point and spreading into all possible scenarios with minor differences between neighboring timelines, what would the antipode to our timeline look like?
Inverted?

Q4: If we extract time from our space-time reality, space remains a valid concept as it holds matter in a multiplicity of possible states, yet how does the concept of time remain if we extract space from our space-time reality and all matter is compressed into one space unit?
How does change happen, if everything is restricted to the same location? 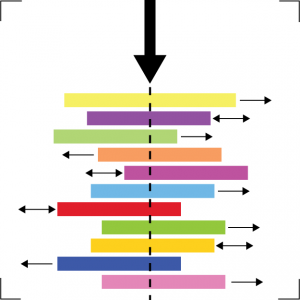 Q5: If time was symmetric, the second law of thermodynamics invalid, and matter would switch between going forward and backward in time in the same fashion as they switch between going left or right in space, would it be easier for us to acknowledge a deterministic universe?
The timeline of each entity of matter would be written on a tape, that some force pushes forward and backward along the dimension of time. All there is is the moment of NOW, that comes alive with the (nearly) infinite combination of tapes and their current ‘age’.
Posted in Research and tagged 2012, space, thing-a-day, thought experiment, time.