Posted on May 8, 2011 by evsc
I tend to say that the music was only really good, if you didn’t notice the visuals at all. Electronic music often comes packaged with algorithmic visuals. When i look at anything that originates from code (or COULD originate from code) i am hooked on figuring out how it was done. It’s an exercise for my brain that i can’t turn off. It’s compulsive.

Slightly (but not completely) unrelated quote by Richard Feynman, that i really like:
“If I Can’t Build it, I Don’t Understand it.”

Therefore algorithmic visuals ruin my music experience. I stare at them and the parts of my brain that are occupied with considering x-y rotations and sinus curves keep the rest of my brain from fully experiencing the music. It’s an attention issue. We are multitaskers, but these two tasks seem to be polar in their intention. One cognitive function wants to find the logic behind the visuals, whereas the other intention would require the loss of any higher cognitive function. I only am ready to let go, when the nerd inside me is either satisfied or tired of mental calculations, and starts to get hypnotized by the audiovisual combo instead.

It’s a fact that our senses seem more intense if they are isolated. By focusing all our attention on one, two senses – instead of having to deal with the input from 5 senses at the same time – we experience them at a higher sensitivity. Therefore i enjoy to close my eyes when at concerts or clubs, primarily to shut out the audience around me, but also, to give my auditory senses the chance to fully focus on it’s input.

I’ve never been a sound person. I’ve played instruments for a few years, but i’ve never produced any audio besides the occasional oscillatory noises. Now i feel i should make it a point to never try to become proficient in that discipline. At the moment i can still close my eyes and listen to the music without having to analyze the secrets behind the music as well.

Since coming to Montreal i’ve been looking forward to this intense dose of electronic music and new media art that is delivered by festivals like Elektra and MUTEK. Now the festival / art season has started and probably won’t let us sleep until the fall. Elektra 2011 was (is still) happening over the last couple of days and hours. I didn’t do the full program, and i was as usual very disinterested in the artist chatter and networking that’s happening all over the place – but, i saw a lot of the performances and was thoroughly impressed.

Lots of what i saw was audiovisual – especially Frank Bretschneider’s set. I still love those granular noisy geometric forms built from flickering white dots, i do – but it mainly talks to my logical brain. At the set right after – by Kangding Ray – i chose to close my eyes (on his equally interesting and beautiful visuals) and immediately felt a much closer connection to the music. I can only try to reach a synesthetic-like experience of audiovisual content if i have no interest in where sound or visuals originate from. Mark Fell’s visuals were beautiful – a simple blurred out circle, fading between colors at a super slow rate, and changing size at such a slow rate you weren’t even sure it actually happened – and they kicked me right into a perfect state for perceiving his music. I don’t know if this is a behavior that is very unique for me, or for all coders, or for everyone who gets tired of seeing too perfect sound-synchronized visuals, but i feel we are reaching a state where we are ready to appreciate slowness and subtle changes at the edge of attention and perception.

One of the highlights of the festival was experiencing Kurt Hentschläger’s FEED. You are immersed in white dense fog and have stroboscopic lights pulsing at you at high frequencies. Ganzfeld effect deluxe! You brain goes off and explores a thousand different fractal patterns. And – interesting side note – the experience is so immediate and novel for your visual sense that afterward you completely forget if there was any sound/music happening simultaneously. The program says there was low frequency sound modulation – but i don’t remember it at all.
-
And this all is more a rambling festival-account than a research-post, but i think it holds some thoughts that are worth noting down for future contemplation. 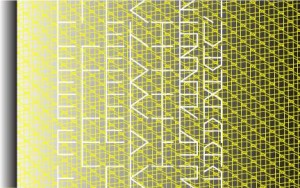 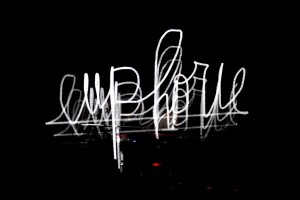 Euphorie – 1024 Architecture
Great entertainment and surprisingly humorous! That seemed so out of place at such a festival that it was a great surprise!

Sewing Machines Orchestra – Martin Messier
Electronically manipulated machines don’t need to be raw like circuit bending, they can be beautiful and mystical and presented very stylishly! 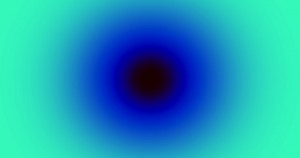 Multistability – Mark Fell
The title should have tipped me off about the excellence of this set, though i seem to totally have overlooked it. Multistability! 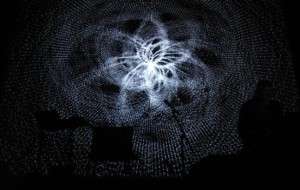 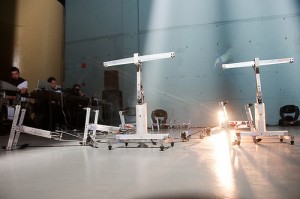 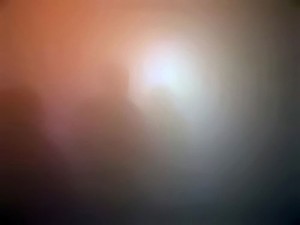 Feed – Kurt Hentschlaeger
I came into this not knowing what would happen, and i experienced it with a big smile at my face, opening my eyes to the stroboscopic lights to not miss out on any effects this experience could offer.
Posted in Research and tagged 2011, algorithmic, elektra, euphorie, feed, festival, frank bretschneider, mark fell, montreal, visuals.